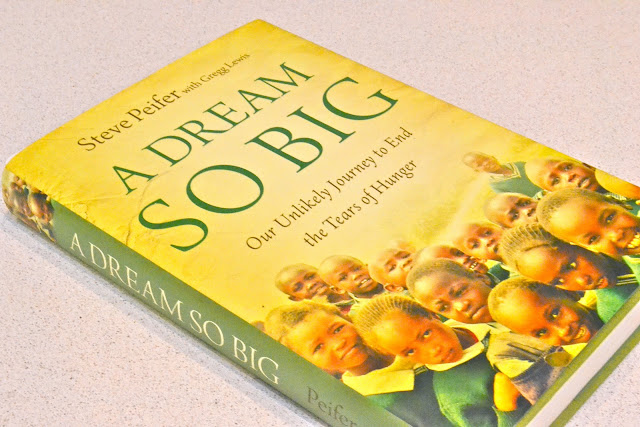 I was drawn to this book right away and wanted to read it, partly because i had served as a missionary in Kenya too. Steve Peifer and his wife decided to move to Kenya for a year to be dorm parents for missionary kids that attended the Rift Valley Academy. They left behind everything that was familiar to them and also they were still trying to process the grief they felt after losing their infant son. Their time in Africa begins as a way to heal them from the death of their son, but turns into so much more. Over the year, God really begins to stir their hearts and they see ways that they can help with hunger and poverty that grips this country.

A Dream So Big, is an easy read and at time reads almost like a journal, as Steve includes person emails that they wrote during their time in Africa. Steve is really transparent in their journey and it is a very inspiration story.

I received this book from Booksneeze, in exchanged for my own honest opinion.
Posted by 1pureheart at 7:34 PM